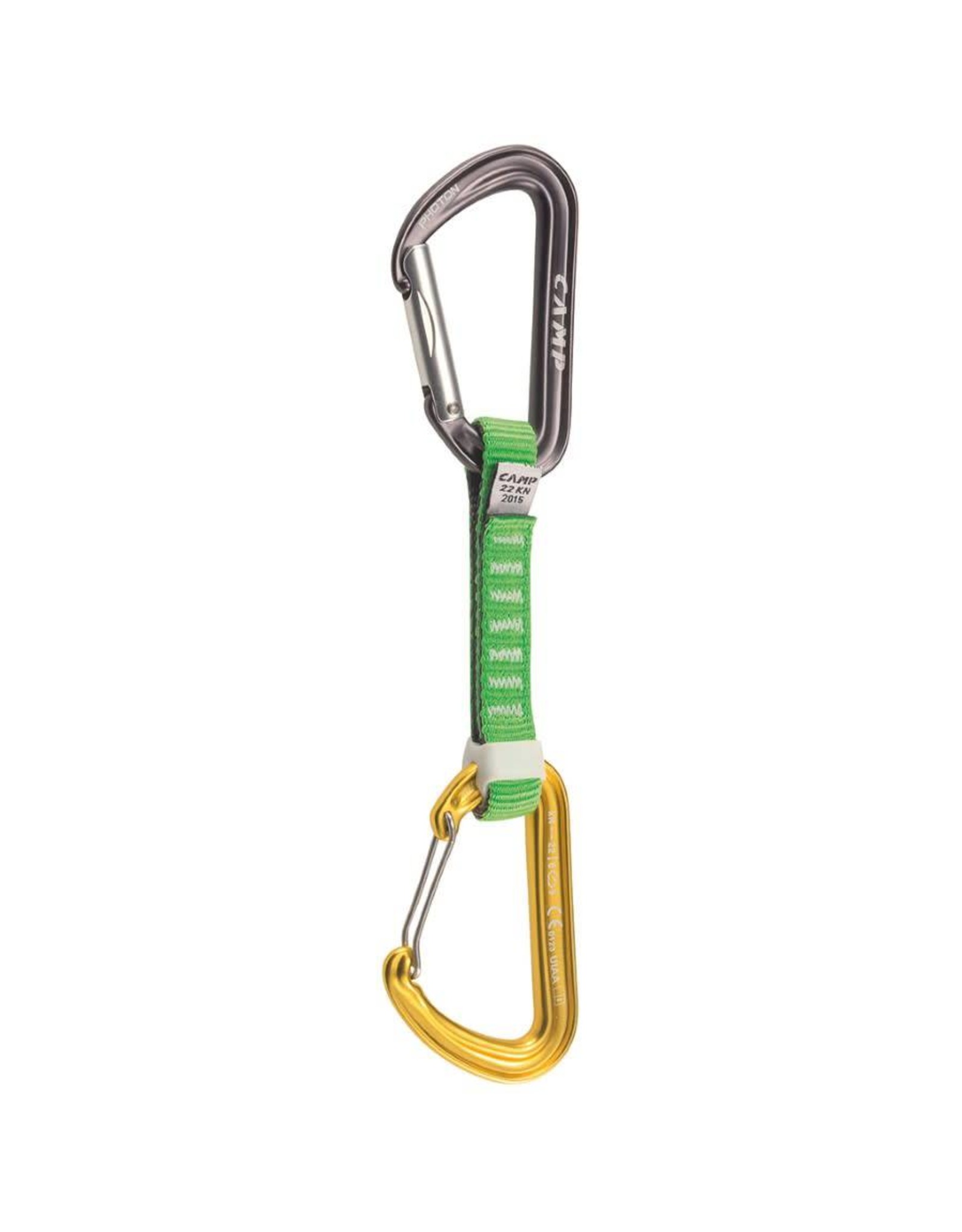 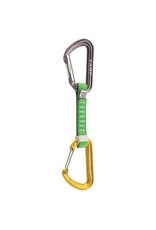 A combination of a straight gate and bent wire gate carabiner make up the Camp Photon Mixed Quickdraw. The Photon straight gate has a keylock nose and large gate opening to help with cleaning on overhanging and wandering routes. The Photon Wire is the best clipping carabiner in the world with its finely contoured, perfectly tensioned gate and massive gate opening. The Photon carabiners have been updated with a new body design that increases rigidity and strength without increasing weight. The patented SphereLock closure is an upgrade to the traditional keylock system that minimizes play between the gate and nose for enhanced safety and performance. The updated Photon Wire also features a redesigned interface between the gate and nose to help protect the wire gate from damage or accidental opening. The 16 mm polyester dogbone is thick enough to grab for emergency clips and comes equipped with the Karstop Evo carabiner retainer that prevents the rope end carabiner from shifting. 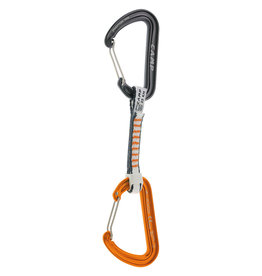